72 y/o Man with Headaches and Hearing Loss. What we Found.

This 72 year old man came in to see me and he had just finished up with a round of golf. He looked fit, tanned and he was trying to enjoy his retirement.

Right away he told me that he was a retired engineer and had saved well for his new life as a free man.

The problem, he told me, was that the headaches were becoming more consistent and his hearing was getting worse.

He was also feeling more tired than he thought he should, as well as having the beginning of a small hand tremor. “That was the kicker”, he said. He wasn’t looking forward to feeling tired and he had kept himself fit in order to avoid that. When the tremor started he decided to act.

He did look tired and as we spoke I could tell that he was a bit aggravated with his health.

He was already on blood pressure medications, but that had been for over 25 years now. They wanted to add cholesterol medication 10 years ago, but he told the doctor no.

Otherwise, besides his yearly flu shot and with the new shingles and pneumonia shot that his doctor had suggested, there was nothing else that had changed.

He really just wanted some answers since his regular doctor told him that his symptoms were probably due to his age. He said he wasn’t happy with that answer.

I ordered a Heavy Metal Analysis using pieces of his hair. Using the hair is a nice way to screen for chronic exposure to metals. Many labs use blood, but that is only useful for acute exposure that just happened within a few days. The toxic metals will tend to deposit in our tissues when we have a chronic exposure that lasts for years or months. Hair and nails are some of those tissues.

Here is what we found: 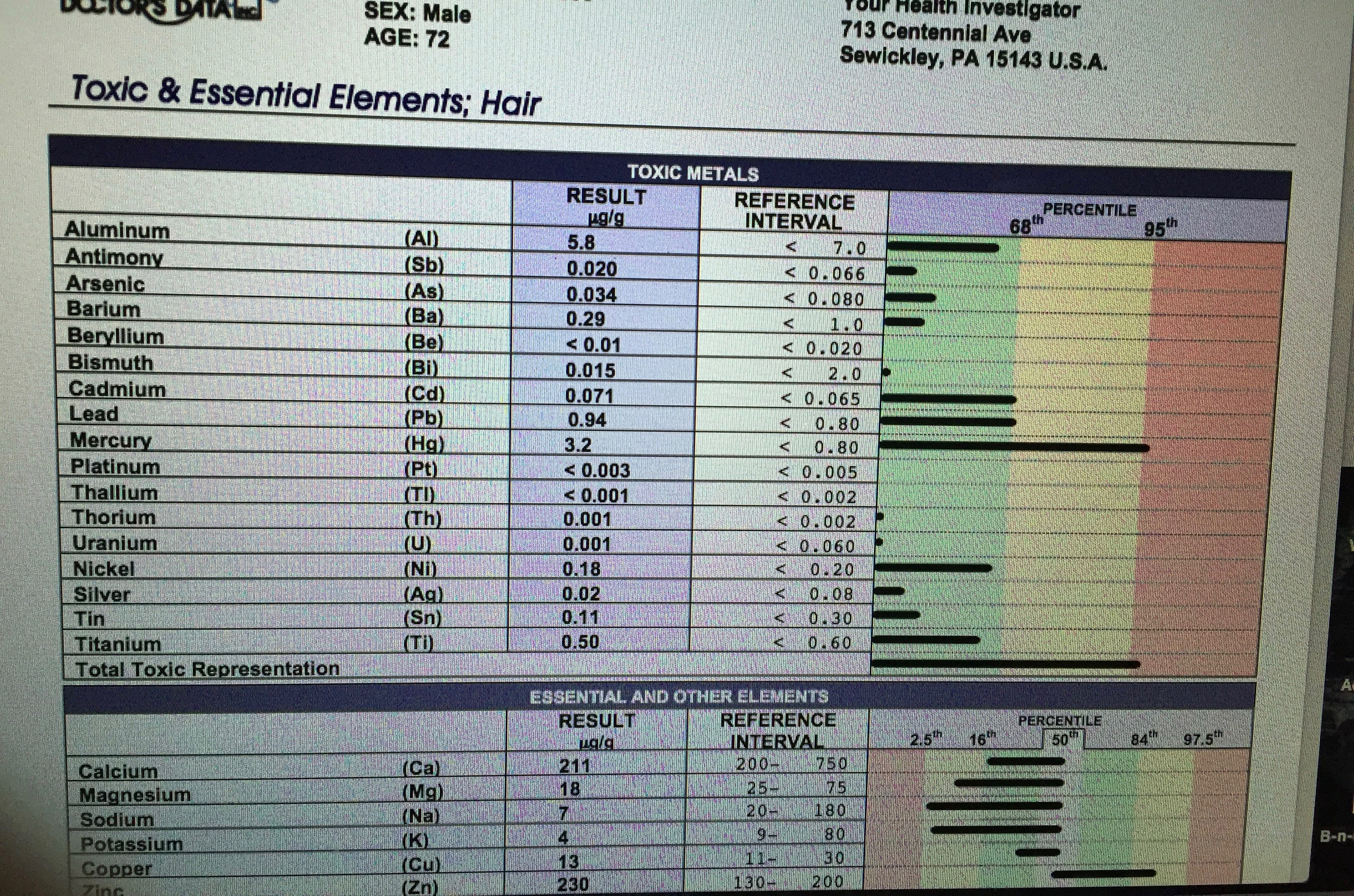 His Mercury levels were in the 95th percentile, which is very high.

Mercury toxicity symptoms do vary person to person, but here are a few:

Besides being high in Mercury, in which there is no safe acceptable level for our body, he was low in some other essential minerals.

We addressed his low stomach acid level which was effecting his ability to absorb the healthy minerals. We then aided his body to gently detoxify itself from the Mercury.

Remember what I said, ‘There are no safe levels of Mercury for the body!’

When you combine this with a body that is already exposed to other daily toxins, you can get a cumulative effect.

Should everyone that is complaining of the above symptoms get checked for Toxic Metals? I think so. Especially children!

In fact, why not get checked regularly?

I see kids with behavioral or learning problems come in the office and I run a Hair Analysis for metals. Many times I either see a high level of toxic metals or I see a very low level of their essential minerals.

Maybe I’ll do another article on just that.

Until then, yours in health, Dr. Bill.